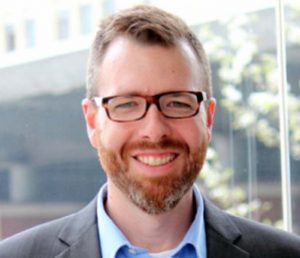 Last week another battle was fought in a slowly simmering war. I’m not referring to the Middle East or North Korea. In this case, the metaphorical shots fired were between Silicon Carbide (SiC) and Gallium Nitride (GaN) advocates in the world of power electronics applications.

During the Power Electronics Industry Collaborative” (PEIC) second annual Industry Summit in Washington DC, NextEnergy reviewed research that has been done to analyze the U.S. power electronics supply chain and identify a roadmap for technology development in the industry. At the semiconductor level, the development and commercialization work of a new generation of materials, wide bandgap (WBG) semiconductors, has been the big news for the industry.

SiC and GaN semiconductors to some degree serve the same general purpose: improve the performance and reduce the size of the power electronics devices when compared to devices based on traditional silicon semiconductors. Of course, the devil is in the details, and both WBG materials have their respective strengths and weaknesses. One of the key strengths of SiC is the early commercialization work that has already taken place giving SiC a jump on the market compared to GaN. That is what fueled the SiC advocates to press the GaN advocates to identify a value proposition for further public investment in GaN. Not to be left behind, the GaN advocates were able to fire back with the key advantages of GaN in comparison to SiC. A quick google search will show you, this is not a new battle, and in the end, neither side came away the clear winner during this event, so the war wages on.

Perhaps what was more interesting than the battle that simmered between SiC and GaN was the agreements on the challenges facing power electronics industry. NextEnergy experts moderated three separate breakout sessions during the Industry Summit focused on semiconductors, packaging, and the overall ecosystem. The breakout sessions provided industry participants the opportunity to give feedback on the research and identify actions that can support growth and strengthen the U.S. position in power electronics. The focus of the feedback was less on the research needed for developing or improving semiconductor materials, and was more focused on growing the commercial viability of WBG devices, including:

The culmination of the project is a report that will cover both the findings of the current state of the industry that led to the above recommendations from industry, as well as an updated technology roadmap and specific action steps for both government and industry stakeholders, academia, and consortia. The goal for the report is to identify strategies and lay out a path to support the overall U.S. industry. The report will be published in June 2016 and will be available from PEIC.